F*CK Ad Campaigns: Stop Snickers Before they Stop Us.

When was the first time I heard those words that haunt my dreams? Hungerectomy? Nougatcity? Like most branding I thought it would go away in a couple of years, but this advertising resists those common norms. In fact I feel like everywhere I look today not only do I see the same terrible Snicker ads that made it famous, but there are plenty of copycats to go around.

Let’s look at this from a societal level for a moment. The joke is not trying at all. There is no wittiness here. It’s a made up word that should make you feel hungry or conjure up a funny image in your head. Alright – that’s the basis of advertising – be memorable. Stick in people’s heads for the right reasons. At this stage in our evolution it matters ever more that you’re able to stay inside someone’s conscious mind for more than ten seconds. So, as long as you’re doing that don’t worry nearly as much about the actual images you make in “their” minds. Thanks Snickers for doing me such a disservice.

Mt. Foodji? You think that one wouldn’t escape me on the highway? The sign is gigantic. It is horrific. If I wasn’t driving at the time I almost definitely would have stuck knives in both my eyes, and texted every newspaper in the United States saying, “Stop Snicker ads before they stop us”.

Seriously though – I’d like to take a look at one post-apocalyptic film that seems to becoming true even today – Idiocracy. A quick summary for those who haven’t had a chance to watch this gem yet.

Private Joe Bauers, the definition of “average American”, is selected by the Pentagon to be the guinea pig for a top-secret hibernation program. Forgotten, he awakes 500 years in the future. He discovers a society so incredibly dumbed-down that he’s easily the most intelligent person alive. – IMDB

We’re at a point where I really think it should be required watching in our middle schools across the country. While the film is hilarious it’s also a worthy cautionary tale. Does anyone get perplexed when they watch the Fuse channel? Do you wonder who is listening to this? Do you wonder what idiots are willing to hear out this emo nonsense? The intro is long enough to make you cry uncontrollably, but if you can see through the tears around 2:30 then you’ll see what I mean.

Why are there so many terrible tattoos in this world? Does it scare you where MTV has come to? This is our society’s needs that are being taken care of by television. We’re watching natural selection in action, and the results are frightening. The only difference is that we’re using all sorts of metrics to understand what we are naturally choosing, and then we’re making more of it. Look at the kinds of things we want to watch! The lineup (other than Rob Dyrdek’s Fantasy Factory which is quality programming) is nothing short of despicable.

So, while seeming completely outrageous – a world completely dumbed down is certainly not impossible. The tenants ‘Idiocracy’ was made on seem to be coming all too true even today. The film predicts a big change in our advertising strategies. A time where a play on words cannot can no longer exist because no one will ‘get it’. Over the years it shows chains like ‘Fuddruckers’ going through an identity crisis to eventually become a more appropriate brand for its consumers finally ending as ‘Buttfuckers’. Similarly Carl’s Jr. devolves its tagline to become “Fuck you, I’m eating”. My personal favorite is Costco’s which transforms into “Welcome to Costco’s, I love you”.

Snickers and its bastard ad children be wary of what you are doing. If today’s world is about accountability then it should be in all forms. 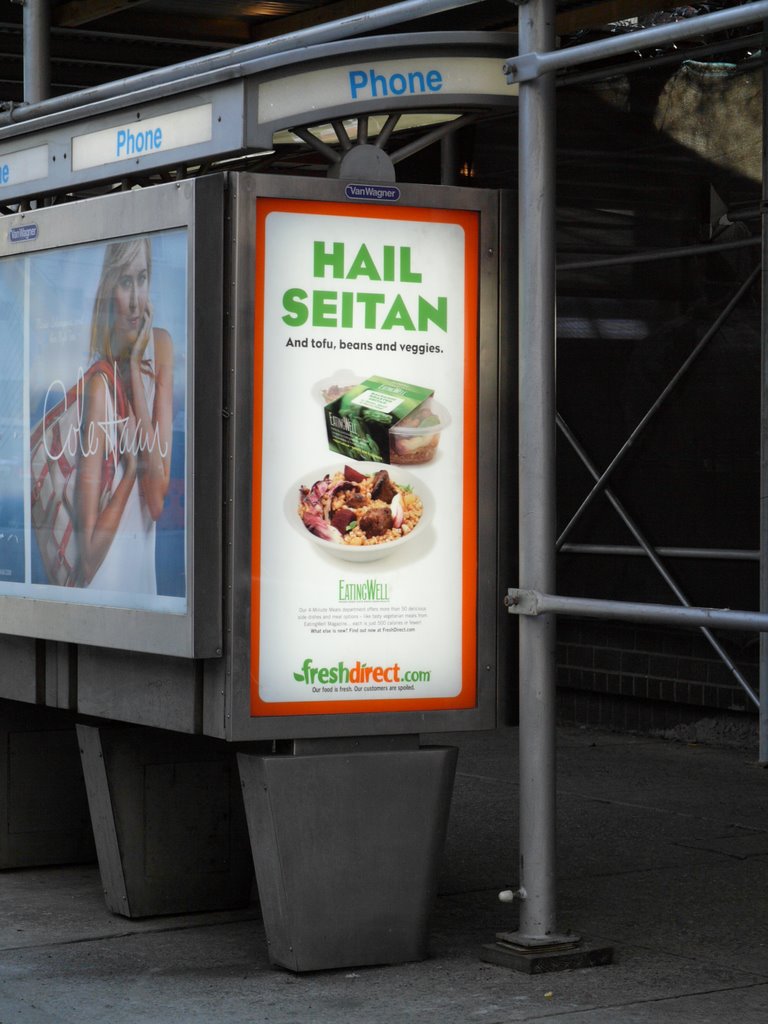 We should look towards our advertising like a flotation device. It’s not only about trying your hardest to find a more generalized marketing strategy that will engage a larger segment of the population. It’s about our future as a human race. No one thinks it starts with advertising, but I beg to differ. We spend countless hours ingesting ads. They are completely inescapable, and if the ads change – we change. So let’s change it up ad world. I implore you. Let’s start making hilarious idiotic things, but let’s do it the smart way. Let’s do it with a little class.

Mike Judge, thanks again for Idiocracy. I can’t believe they tried to sink your film! It must have just hit too close to home.

21 thoughts on “F*CK Ad Campaigns: Stop Snickers Before they Stop Us.”