There are more than 20 million Tumblr blogs at last count. 20 million. Stumble in any direction online and you’ll find yourself drowning in an endless scroll of GIFs, photoshopped velociraptors and OFWGKTA. Tumblrs on everything from cheese people to hungover owls redefine the notion of impulse sharing and spreadable content. But how to sift through the Rowling-vs-Meyer-Rant Tumblrs and Nyan Cat Tumblrs?

Here are ten places you might want to start. I tried to balance the three types of Tumblrs I most often come across:

1. The Ridiculously Specific Tumblr, like Uncomfortable Moments with Putin – sometimes LOLworthy in its laser focus on the mundane, usually has Fuck Yeah in the title.

2. Inpsiration Feed, like Incredibilis – scroll through mind-bending photos and quotes and come out creatively charged/disgusted.

3. Simple Promise – high concept Tumblrs that pique curiosity and only sometimes fulfill the promise of the premise.

So, without further adieu: ten Tumblrs to reblog to your heart’s content, inflating your own Tumblr into deity-like status.

A simple enough premise, Poem Endings and Song Endings serve up a daily last line/verse from poems & songs. It’s the variety I like – with Song Endings, you get Das Racist followed by Leonard Cohen, neighboring Ice Cube, with a dab of Joni Mitchell for good measure. Poem Endings has the same thing going, if you’re a poetry buff – good mix of the confessionals, beats, contemporary and old school poets.

8. I Studied Abroad In Africa

The blog says it best:

You go to one of those fabulously elitist schools where everyone talks about privilege, classism, racism, sexism, etc. as if they don’t practice it in real life. But in order to really see the world, they decide to go somewhere where they can understand what their privilege looks like. So they choose AFRICA! Yay! A whole continent dedicated to helping white people understand what it means to be poor and undeveloped.

Because scrolling through this Tumblr lets you edit your memories of those 3-hour Tower Records binges, so that all the shelves were chock full of GIFed out CDs.

Nostalgia served daily for late Gen Xers and early Millenials. If you were born between ’75-’85, get set adrift on memory bliss. It’s the 80s treasures this blogger digs up that makes this Tumblr brilliant. Remember Popples?

5. The Only Magic Left Is Art

The Tumblr that’s an art museum – a single artist’s work, updated weekly. As wonderful as it sounds. 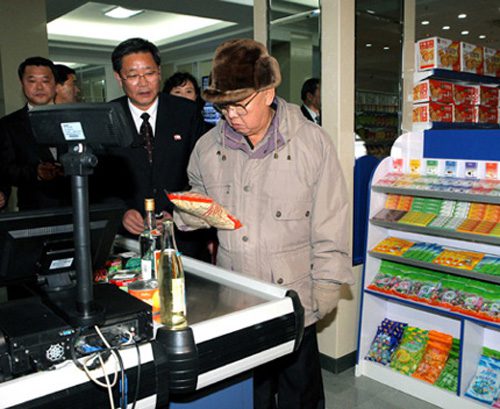 Sure, there’ve been plenty of classic Dictator novels, but do any of them do a better job showing off the daily tedium of being a tyrant than this Tumblr? It’s also fucking hilarious.

This blog is for people who do not have thousands of hours to read book reviews or blurbs or first sentences. I will cut through all the cryptic crap, and give you the meat of the story in one condensed image. Now you can read the greatest literary works of all time in mere seconds!

The purest distillation of what Tumblrs are all about – cataloguing images that will melt your face off. 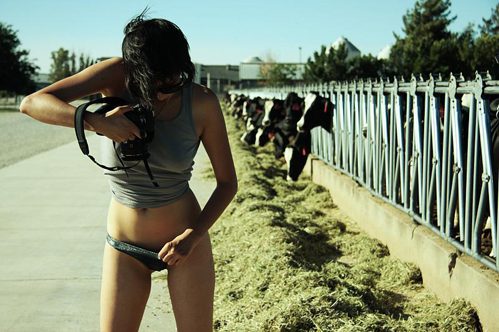 The gold standard of curated content, this is the Tumblr to end all Tumblrs.

Celebrities, authors, philosophers and other luminaries – all brought together by the author’s penchant for naming his member.