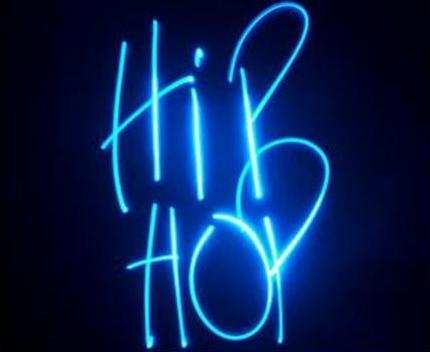 Clearly, this decade has offered much in the way of hip-hop evolution, even though many purists and true schoolers argue that the street music has been gentrified, and diluted to an almost unrecognizable form. Blah. It’s still hip hop the same way the Catera is still a Cadillac. Things change. And things have changed. Major.

(In no particular order)

10. Sorato. Whoa. The Sorato software (and hardware) has changed the way DJ’s rock parties forever. No more carrying crates of records. Now, it’s all digital. DJs have more freedom now to mix, scratch, sample, and blend songs than ever. You might hear Madonna over a Biggie beat, or Steven Tyler and Nas going bar for a bar, all because of Sorato. What you also might (do) hear, is a bazillion new DJs doing the same things, with absolutely no clue of what a crate is. (Wait, you mean people carry- what are those things called- records? In milk crates? Really?)

9. Kanye West. Say what you want about Mr. West, but the truth is, he changed the game. He was able to come into a genre wielding nothing but corn and cheese draped in cool. He was able to relate to the regular, mother-lovin’, joe. He pretty much introduced hip-hop to high fashion, and made everyone at least think about reevaluating their wardrobe. And dude makes hits.

8. Digital Download. Like Sorato, the digitizing of hip-hop has ultimately led to the crumbling of record companies, and an independent surge that has made and broken careers. Artists could throw songs up on Myspace, and really promote themselves. No need for A&R. No need for contracts. Just music to the people.

6. Barack Obama. The president of the United States of America, knows exactly who Tupac was.

5. The Lauryn Hill mystery. The only mainstream, contemporary female emcee, better than most of the men…disappears…kinda.

3. The Jay-Z vs Nas beef. Okay. So some of you are thinking that maybe this does not belong on this list. Well, I put it on here because the decade before, two greats went to war on the mic, and that war led to their deaths. If there is one thing that Biggie and Tupac taught us, it’s that when the titans clash, a surf can become a tsunami drowning all that we love. Jay and Nas walked the line, kept it on wax, and eventually realized that the smarter thing to do would be to join forces. This was monumental. Kids everywhere got to witness hip-hop’s competitive essence in a way that channels Moe Dee and KRS.

2. The super success of Eminem. He’s white, and one of the best ever. Enough said. If I had to pick a specific moment…ah. Tough. Either the live performance with Elton John, the song “Stan,” or 8 Mile. Oh, or how he crushed Jay-Z, on the his own song, on what he [Jay] refers to as his seminal work.

1. Lil Wayne. Talk about a siege. Sheesh. Dude is as obsessed as…well…I guess no one.

Uh, so clearly there are more than ten. Like, Speakerbox/Love Below, and The Roots as a house band on Jimmy Fallon, to the invention and many faces of Gnarls Barkley. But, these ten start the conversation.