Cocktail Crashers Vol I: The Etymology of Iota 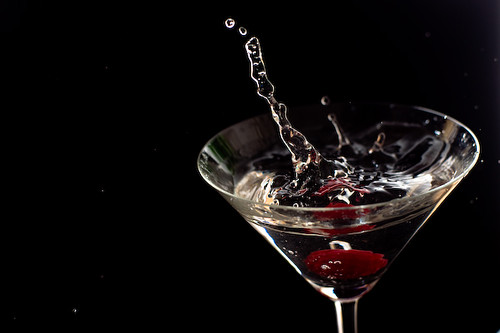 Welcome to my new Friday column. The other day I was hanging out with PopTen regular Nick, and told him the story of Erik the Red naming Greenland– an epic marketing ploy. He replied, “Ooh, I’ll have to use that at a cocktail party.”

And it clicked. What’s more treasured in our ADD weblenium than a quick factoid or historical anecdote to whip out at your next cocktail party (or anti/semi-social equivalent)? Lending you one or two before you leave your caves for a weekend of debauched socializing is the least I can do. And because I love nothing more than touting new factoids in an environment where trivial knowledge = understated intelligence, please send me your own. I’ll publish them here with your name attached.

Email me at: victorthethird [at] gmail [dot] com.

The Surprising Christian History of the Phrase: “One Iota of Difference”

The early tastemakers of Christianity gathered at The First Council of Nicea in 325 AD to knock out the Nicene Creed, and make sure everyone was on the same page as to this whole Christ-God relationship thing. Entering into this were two dudes who represented very different takes as to Jesus’s relation to Papa Dios. Athanasius believed in homoousia (Christ and God are one and the same substance) whereas rabble-rouser Arian spread the gospel of homoiousia (Christ and God are of similar substances).

Emperor Constantine was flustered, because the only difference was the letter “i” or “io/iota” in Greek.

Hence, they were arguing over something that had “one iota of difference”.

Take that tidbit and dominate your next social hour.

And please EMAIL ME some ideas for the next Cocktail Crashers: victorthethird [at] gmail [dot] com

6 thoughts on “Cocktail Crashers Vol I: The Etymology of Iota”