He did it, yes he did, yes we did, change, change, change- amen. There were tears in my eyes and an overwhelming sense of euphoria that stayed with me for days. And now that we’ve all accepted this Best News Ever, it’s time to turn our heads to the next issues at hand. The failing economy, the deplorable state of climate change in the US, and the headache we’re going to have in 2012 or 2016.

See, possibly the most amazing thing about Obama is his ability to step into our living rooms and make us all subconsciously believe that we have dinner with him on a regular basis. And let’s face it, his continuous Yes We Can has infused us, inspired us, and made us all a teensy bit delusional about ourselves. So there are a ton of us out there who suddenly think we have a decent shot at the presidency.

Here are the top five: 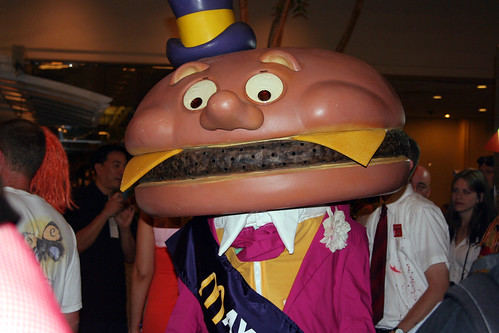 This election showed us that any mayor is just two steps away from the VP nomination, and knowing McCheese’s machiavellian bent, we have to assume that he’s currently checking out his gubernatorial options. (Word on the street is, he’s trying to redefine McDonaldland as a state. How many cities really end with “land”?) Though his ties to the Hamburglar put him at a disadvantage, he’s taken notes on the Obama campaign’s handling of Reverend Wright. He might not shoot for the presidency, but expect to see him on Obama’s 2012 ticket. Where will Biden be? All eyes on Grimace. 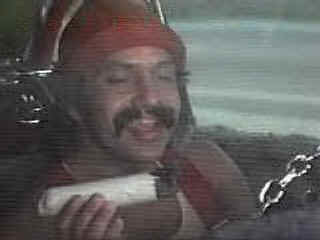 With Obama’s mushroom-cloud shattering of the glass ceiling, all of us minorities can now realistically dream the presidential dream. And speaking of mushrooms, who better than the world’s most popular stoner? Sure Clinton suggested he’d been around pot, and even let the blunt touch his lips, but Obama straight up told us: Weed- check. Cocaine- check. Heroin- almost. Now that we have a self-proclaimed onetime drug enthusiast behind the wheel of this country, Cheech must already be planning his 2012 bid for the crown… Hell, if someone born in Hawaii can rise to the top, so can someone Born in East LA. 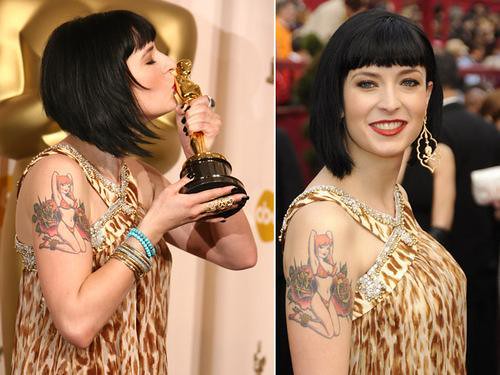 Okay, we can all follow this logic. Of the four Presidential & VP candidates, one is an amazing author and another was a onetime Miss Alaska runner up. It’s also worth noting that many pundits credit the Obama campaign’s use of the internet as their winning stroke. Well, who better to lead our nation that this blogger, one-time stripper and apparently amazing author (she won an Oscar somehow) Diablo Cody? Diehard GOPs can objectify her body the way they did Palin’s, liberals can look to her writing skills, and we can all rest easy knowing that our president’s every thought is being chronicled on her blog, Pussy Ranch. 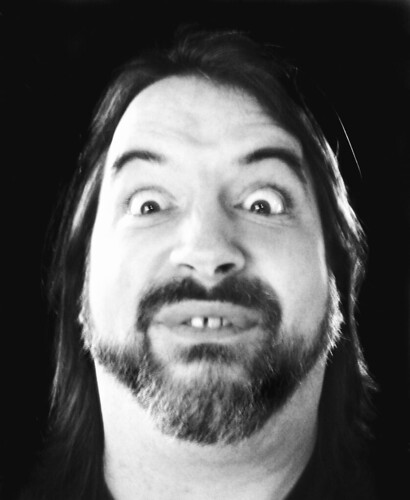 “Yes we can! Yes we can!” I can’t get Lawrence to shut up about it. He comes to borrow sugar- “Yes we can!” He cracks his front door open as I get the morning paper- “Yes we can!” When I finally confronted him, I was told that he’s also preparing a presidential campaign. I tried sitting him down and explaining the odds, and then he corrected me. “A year ago, did you ever think Obama had a shot in hell? What about Palin as VP? What about Bush in 1999? I rest my case.” And I must admit, Lawrence is absolutely right. Now that we’ve bridged not only the IQ gap but the racial divide, we, my friends, can all be president. 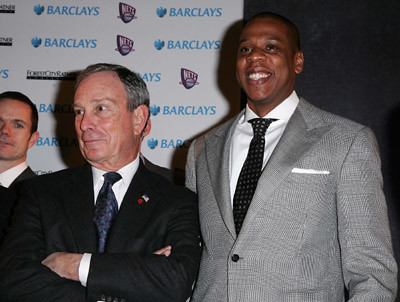 It was tough choosing between Jigga, Puffy, Snoop Dogg and Suge Knight. All have reasons for wanting the crown and believing they can obtain it, and all have the money to mount a successful campaign. But the proof is in the pudding- just a quick scan of his lyrics proves that Jay-Z has the most confidence of any of them- and of anyone who ever lived. Jay-Z lyrically equates himself to Jesus as many times as Tom Petty alludes to marijuana, which is to say, all the time. When he’s not giving us the AKA Christ line, he’s comparing himself to Superman, Shakespeare and Rilke. Best rapper alive- better ask about him. In any event, if you think it unfeasible that a hip hop artist could be elected to public office, I point you to Jesse “The Body” Ventura and his even more pumped up little Austrian friend in Cali. If we can elect pro wrestlers and Conan, we can elect anyone. In all honesty, I think Shawn Carter would do a damn fine job as President. If you can preside over Def Jam, you can preside over anything. Of course, my money’s on Mos Def in 2016.

Because he has nothing to do with Obama, I’ll take him off the official list. But those who remember The Last Starfighter know that Xur is malevolent, ruthless, a cosmic scourge, and that he escaped Kril’s trap and is plotting the demise of humankind as we speak. Now that none of us play the Starfighter video game anymore, we’re sorely out of practice. And that’s exactly how Xur wants it. So logically speaking, we won’t have to worry about any presidencies after Xur mounts an epic assault with his fleet. Soon we’ll all be bowing down to our grand emperor, and Earth will be another conquest of the intergalactic Ko-Dan Empire. And we can kiss these petty partisan politics goodbye.