Top 10 funny things people do while in a traffic jam 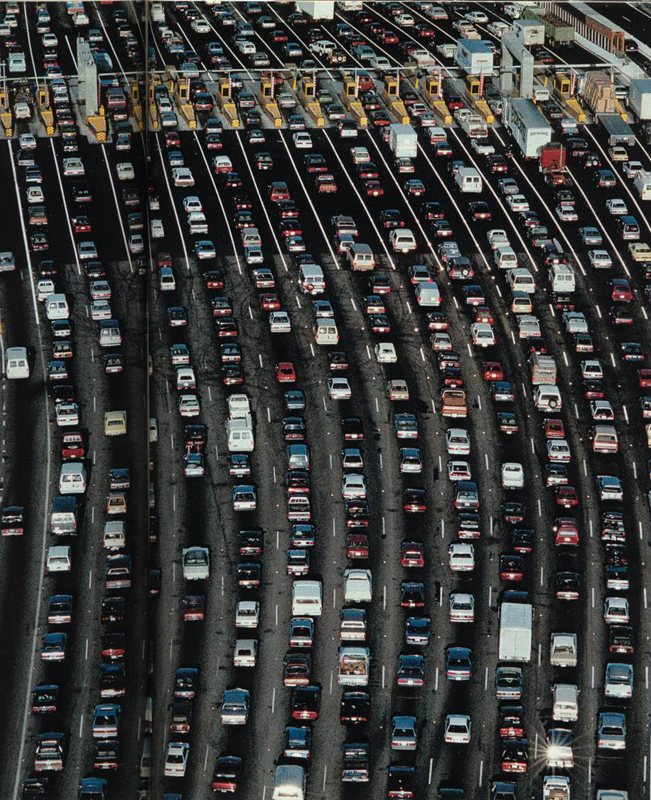 So anyone who lives in a major Metropolis knows that the trade off for all the excitement, culture, and hedonism is traffic. That is, unless, of course, you live in New York City, and take the train everywhere. Then you have to put up with…well…personal traffic. Where you can smell personal stuff.

I thought about making a list of the reasons that cause traffic, but there are only a few. The biggest being someone has a flat tire, and the rest of the highway is gawking at the gimp car, hoping that just maybe someone’s head is on the ground. So, instead I thought about the funny shit you see people do in their cars, when stuck in a traffic jam.

10.) Scold their children. Okay, so this isn’t always funny. But sometimes it is, especially when you can’t hear what the parent is saying. They’re shouting at the rear view mirror, and the child is in the backseat, frozen. And of course, the turn around pop on the legs…classic. Especially since you know that this parent has either put the car in park, or is doing all this with his/her foot on the brake.

9.) Get out of the car to see what’s going on. Sir. Get back in your car. Please. Sir we’re moving. We’re moving. Horns honking.

8.) Watch movies. So this is some new generation shit. I still haven’t gotten used to the fact that so many teenagers have dvd players in the cars. In the dashboard, the headrests, the visors. I mean, really. So sometimes, especially at night, I look over and slim and his jump-off are having movie night.

7.) Nose picking. I know all of us have seen, and most of us have done. But when traffic is at a stand still, it’s like everything becomes so much more extreme. I guess because you can REALLY see the person digging and digging. Scraping at the nostril walls, occasionally forcing his thumb up there to try and tweeze the booger out. Yikes. But the worst part is the post-pick flick.

6.) Make-up application. Why is it that when women are looking into that tiny visor mirror, putting that stuff on their eyes, they contort their mouths in the ugliest way?

5.) Roll a joint. Seen this tons of times. It’s probably like, “Hey, aint nothin’ else to do. We aint goin nowhere.”

4.) Change clothes. I see men do this all the time. And trust, I’ve been waiting to see a woman do this.

3.) Honk the horn with the rage and fury of 1000 men. Soooooo funny. Who are you honking at? All of us? WE AINT GOIN NOWHERE! Relax, crazy. Don’t pull a Michael Douglas on us, please.

2.) Make advances. I have a friend who’s met women in traffic jams. I swear. The wildest thing is, two days ago on the news, they were saying how traffic jams are the new unconventional place to find a mate. I SWEAR.