I’m at a panel on philanthropy in our new media era. We’re discussing how to use films and video games as gateways for fundraising online. On the panel are some pretty impressive minds that have been innovating within this landscape for nearly a decade now.

The format was ten minutes of presentation, a few questions from the moderator, and Q&A from the audience. For the purposes of making this a more cohesive piece I’ve condensed concepts and questions under each speaker.

Originally I produced An Inconvenient Truth and that had a big campaign online. “Pledge to see the film” opening weekend was a brand new concept. When 221,000 people pledged to see the movie I knew we had caught onto something big. We were early to the “social media as a powerful tool for activism” game. We were the first film to put a URL at the end of the movie, and to give tips on how to take action now. We sold out most our shows, and had 70,000 people per screen. It was an amazing average. Having a small opening and a pledge campaign allowed others to feel like they were part of a movement, and allowed us to reach a wider audience.

The first step to getting involved seems a little empty since all you have to do is watch my movie. So we wanted to take it to another level. With Waiting for Superman we wanted to set a new bar so we partnered with a group called Donors Choose. If we got enough pledges for people to watch the movie then non-profits would give a major gift. We set a few bars so that people would feel like they weren’t just coming to a movie and giving us money.

For Donors Choose you could say, “My hometown is here I want to help this project”. It’s not just a movie. It’s a movement. It gave people a point to start at. When we had a movie that’s about global warming with Al Gore and a slideshow.

We didn’t know how to market it yet. First we got people in environmental groups to get on board. The biggest challenge to overcome was putting a personal face on it, and making sure people knew we were talking about many millions more. We are not experts nor do we pretend to be. Our goal was not to provide specific answers. We made a promise to ourselves that we should “call out” the obstacles, and the first thing was to “call out” with ourselves. Guggenheim, the director, says in the beginning that he’s a part of the problem because he puts his kids in private school. We wanted to boil down all the major issues to a level of how it affects a six year old. Our thought was that if we kept things simple enough then these problems are obvious. People will be able to relate to the people and understand the larger issues. Our role is to be a national convener of all thoughts. Randi Weingarten, who was portrayed quite negatively in the film, also wrote a chapter in the book we released concurrently with the film. As filmmakers you have to be aware of what you are saying and the implications of what you are saying. Documentaries are opinion pieces, and while we’re not experts, we do have thoughts on the matter.

(Editorial Note: If you go to the “take action” portion of their website it is very directed, and has a lot of specific solutions to the questions posed in the documentary.)

We launched our website 3 months before the movie came out and were looking for partners. We became involved with Donors Choose right around the time of Sundance. They raised millions of dollars to meet their pledge effort, and we’ve been overwhelmed by their dedication to fulfill their commitment to us.

Just before Sundance we were doing everything we could to reach the deadline, and in our push we had constructed two entirely separate films. One was a two hour movie of just graphics, charts, and concepts, and the other was a 2 hour story about these kids. 3 weeks before Sundance we combined the graphics and concepts part of the movie into one.

When you’re working on a very divided issue like education. You cannot accept funding from sources that will push a specific mission because the movie would have absolutely no legitimacy. A lot of the major reformers portrayed in Waiting for Superman did not have any creative input on the film. There were collaborative meetings, but to let them in the room would have negatively impacted the film. Funding has to be separate from non-profits so there is no conflict. After the film is made though is a good time to seek out opportunities like that. Each non-profit has their own agenda, and are working toward specific goals. For a cause oriented film you need to get non-profits to talk with one another to promote one specifc goal.

(Editorial Note: I remember doing this exact thing with Second Skin in preparation for SXSW film festival in 2008)

I am also a game developer, and made the popular and transformational game PeaceMaker. The game challenges you to succeed as a leader where others have failed. Experience the joy of bringing peace to the Middle East or the agony of plunging the region into disaster. PeaceMaker tests your skills, assumptions and prior knowledge.

The game immediately got an incredible amount of press, and was widely discussed as a ground breaking work that fused activism and gameplay into one. We commercialized it and sold it to many countries including 100,000 copies to Israel. Even though PeaceMaker is 3 years old it’s still used as the primary tool in schools to trigger discussion on how to solve the conflict.

Games for Change began as an intrepid group of 20 activists who believe games are the media of the future. There is a double challenge when you try to make “games for change” because people don’t believe games should be both fun and transform people’s perceptions. Video games suffer from a perception that they are violent, shallow, or fun. They have to be engaging in a way that films do not. PeaceMaker made people cry, and that’s a tough sell.

Filmmakers have an easier path because the documentary genre was forged decades ago for this exact purpose. The market allows for these type of movies to be seen by a specific sub section of the populace. The challenge of distribution in video games is much harder. There is a place to watch a movie like Waiting for Superman. However an educational game doesn’t have a “place” per se. NGO’s in many cases are the way to finding the audiences for Games 4 Change.

People are starting to understand that games are incredibly powerful tools. The notion that gamers exist as an audience was irrelevant for activists until recently. Now with Facebook games many people play socially, and there is an opportunity to catalyze on that interest. It is something that has bridged many ages and groups. If its become such a powerful media why not use the amazing capabilities we have to explore them? It’s still new to many people that video games can be used for causes.

The opportunity is that until now the media we consume is passive and linear. We are sitting in a dark room and told a story. It could be compelling but it’s not necessarily our story. New media and the internet are about choices and making changes to our world. We’re the heroes of those stories rather than seeing others. How do you make a game that break boundaries of taking action? We want our kids to be part of othe story, work at their own pace, not just being told passively. We just have to learn to use gaming as a tool better. The one advantage film has to gaming is there you are telling stories versus focusing on action. It’s hard to push content and messages.

However, people are now playing the same game for weeks, months, and sometimes years. The holy grail is long form play, and getting gamers to engage. The mechanism that gets people to take care of virtual chieckens and purchase goods through micro-transactions. Can you transfer that psychology for social good? Can you spend 4 minutes on the bus to donate to a nonprift? We don’t want people to take action at the end of an experience, but rather as part of the journey through the game.

Witness.org is putting cameras in others hands, and using it to change the conversation on human rights. The foundation was created decades ago by Peter Gabriel. He would hear so many heartbreaking stories and yet afterward they would get lost. However, if you tape the story it can be used to keep those stories. So we get them to tell their own story, and use them as a catalyzing force for change. Who is the audience that needs to see it? We target small groups who want to empower one another to evoke change. Get the story told, get the right people to see it, and have them take an appropriate action.

We’re specifically working for women rights and activism. We want to speak to horrors in people’s own countries. We’re getting filmmakers to create these very personal clips and they are also incredible marketing tools. With a video that is explicitly used to fundraise you have to be very wary about what you are portraying. It’s disrespectful and unethical to exploit someone to get money for your cause. One woman from Zimbabwe with a particularly difficult story had someone create a Facebook page that was very popular and raised over $50,000 alone. We had to navigate her world with caution when telling that story.

When you fight causes in countries where they censor things what do you do? In Yemen the government bans our videos. Sometimes you have to get videos out of the country and make international communities aware.

The Iranian demonstrations during their elections are an example of that. The problem is oppressive governments are using social media well too. The Iranian government has a most wanted website, and they take the videos that are posted on YouTube, take stills out, put them on this site, and crowd source identification. 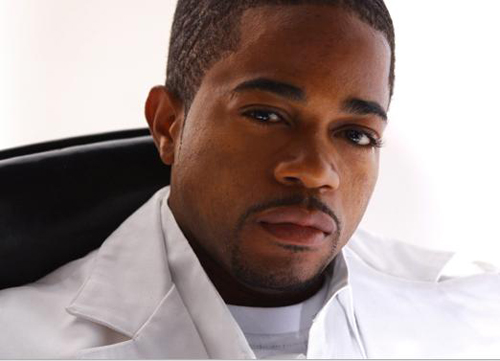 The Hip Hop Project is a cause film about Chris Kazi Rolle. The film is about a program I started in 1999 that brought kids into a place where they could produce their own Hip Hop albums. The Hip Hop Project is really about family relationships. The emotional fortitude to deal with my family situation was the biggest hurdle I had to overcome. I wanted to empower kids to do the same. If I can get in front of people with passion they become advocates for me and my project.

When the movie was completed it had a ton of swear words in it because the kids were rapping about their lives. The MPAA rated it “R” and I had to appeal them to get it down to a “PG-13” so that the people it was intended for could go watch it in theaters.

(Editorial Note: While the entire piece is written in their own words I connected the dots where appropriate)