Top Ten Catchiest, Most Annoying Songs (That Burrow Into Your Brains and Make You Want to Die) 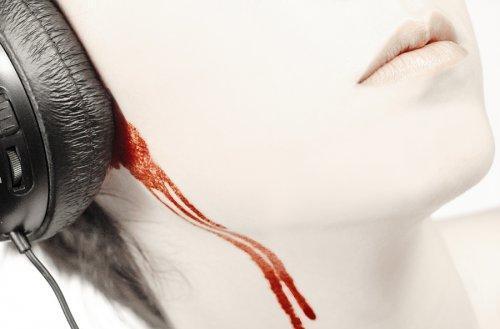 It happens at work. You pass by someone in the halls, or on the way to your desk. They’re humming something to themselves and you can’t make it out until you get close… and then immediately you have to resist the urge to punch them in the face because they’re singing THAT song. The one that you won’t be able to wrestle out of your head for weeks. The one that will make you gradually lose all sense of sanity until you’re brainlessly writhing on the floor humming the same tune over and over to yourself, ready for the straightjacket. THAT song.

One of my great achievements in high school was consistently getting Disney songs burrowed in my best friend Adam’s head. I had first period with him, and second period he sat amidst a coven of babes, so every morning I’d sing “Beauty and the Beast”, “Part of Your World” or “A Whole New World” – and then wait for him to howl at me at lunch, for getting hostile looks from the ladies. The excruciating power of bad music is awesome.

Here are my top ten “Damn You, Why Did You Infect Me with that Song you Soulless Bastard?!” songs. Please add your own in the comments, or tell me which one you’re still humming days later.

Godspeed. I pray for your souls.

I still have this song stuck in my head. My roommate almost threw me out the window this morning- I’ve been singing it nonstop for three days, and now so is he. Maybe it should be higher on the list.

AGGH THIS SONG! The issue isn’t just that the chorus stays in my head for weeks – it’s that every time I see a fat-bottomed girl I start singing “That girl is a centaur…” in my head – and it takes me another month to get it out again. (Still less annoying than the beginning to Baby Got Back though.)

Everytime this one’s buried in my head, I can’t get Cheerleader Uniform Toni Basil out of my head either. Double failsies… [The actual vid’s not on YouTube! Well, this is pretty amazing…]

This song never left my brainspace until it was off the radio for three years. I’ll admit that this one’s a guilty pleasure for me… to a point. Also, try playing this song on an acoustic guitar- it’s surprisingly beautiful.

Hilarious for fifteen seconds. Suicide-inducing for the rest of your life. A pox on thee, Buckwheat Boyz – a pox on thee!

Another guilty pleasure, though it’s as infectious as they get. Many a night was pissed away humming this song… [This live video makes it especially hateful…]

When I was a teacher, a different handful of students would hum this every day. It’s as if their parents would lock them in their rooms and play it on repeat until their ears bled. I know mine did.

We’ve officially entered the “It’s Morally Acceptable For You to Clothesline Anyone Humming This Song” phase. This is the first serious offender, and every one after this makes my blood boil. And people don’t think Disney is the devil….

I know who I want to take me home- Semisonic. So I can set their houses on fire and perform unnecessary surgery to rid the singer of his voice box. This song’s release should be on our world’s timeline as Greatest Disaster Since the Black Plague.

Where do you even begin with this egregious travesty? Techno plus redneck plus an electro-fiddle. I almost have to give them credit- this is truly a masterpiece- they perfectly captured what dragging fingernails on a chalkboard sounds like if you extended it into a song. Bravo, guys. Bra.Vo.

This song is why therapy was invented.

Damn you, Lambchop! I’d rather your show incite World War III than serve this song up. It’s rattled around in my head every day since I was a kid. I carry it with me like a war wound. I doubt it’ll ever leave.

Family Guy got this one so right. Look up ‘anathema’ in the dictionary, and you’ll find this song playing (provided you have one of those sweet dictionary that plays music).

My friends know the level of hatred I have for Barenaked Ladies. It really knows no bounds. Every time a BNL song comes on my ears become engulfed in flames, anvils start falling on me from the sky, and a phantom hand plucks out my soul and sticks it in a blender. And then the real torture begins. Rather than rant and rave for days about these guys, just take a listen to this song. I think you’ll agree- BNL should be Public Enemy #1.

You NEED to see the original Euro-tastic video. This is truly a Eurogasm.

You’ve never heard this song before. Now you’ll wish you were still a virgin.

Can’t Get You Out of My Head

I suck for loving this song and video so much. This is for all the haters.

Got My Mind Set On You

Weird Al understood the power of this song.

120 thoughts on “Top Ten Catchiest, Most Annoying Songs (That Burrow Into Your Brains and Make You Want to Die)”