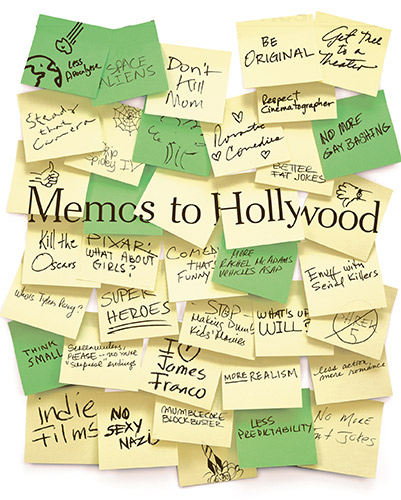 A.O. Scott and that other chick who reviews for the New York Times took some time to write these (half) hilarious Memos to Hollywood.

As you read them, you will realize which of the two writers is responsible for the ‘hilarious’ and which one is to blame for the ‘half’.