Movie Reviews of Movies I Haven’t Seen: GI Joe: Rise of the Cobra 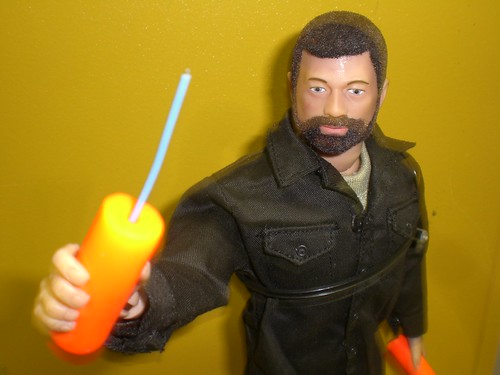 I have news that is going to shock some of you! GI Joe is not a person! Not one man named “Joe” who happens to be a GI! It’s a group of people that for some reason have their group name written in the singular. It should be “GI Joes” or just “GIs” which still means “Government Issued” which makes no sense anyway. Maybe I missed this because Barbie is indeed a person. A person who is in a questionably committed relationship and kind of wishy-washy with her career path, but still A Person. This means the Channing Tatum doesn’t play “Joe!” I can’t even wrap my head around this! It’s like He-man being the general name for all the Masters of the Universe and people being ok with that because they’re all men! It’s like there not actually being a “wizard” in OZ because everyone is pretty magical anyway! I feel terribly mislead.

Official review after the jump.

This movie makes no sense.

Tagged with: Movie reviews of movies I haven't seen

About the author Hawkes Klein

5 thoughts on “Movie Reviews of Movies I Haven’t Seen: GI Joe: Rise of the Cobra”