10 Recent (Sorta) Films You May Have Missed…

So I’m a bit of a purist… and I go to the movie theatre a lot. But occasionally, I miss one or two (Slumdog… sorry!) and as more time passes, it gets harder and harder to make the effort. In that spirit, I have compiled a popten list of films from the past few years that you may have missed or chosen to wait for but know you probably won’t get around to anytime soon. Hopefully, these little snippets will nudge you over to your Netflix queue… or wherever you get your movies from these days (People should still go the theatre!). 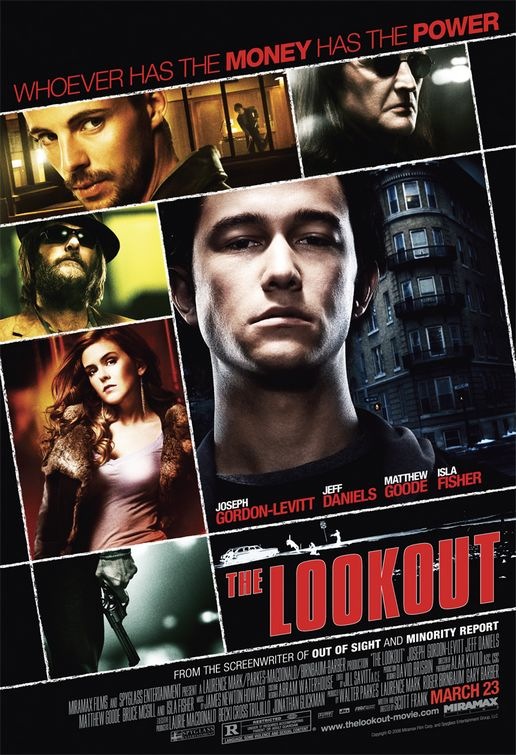 Lean and mean, and bullshit-free. Scott Frank stepped up as director for the first time after writing some pretty bitchin’ scripts (Get Shorty, Out of Sight). Part heist, part mystery, and a lot of good writing. Joseph Gordon-Levitt is superbly wounded and electric, all at once. Matthew Goode is… well, really good. He plays dark and sinister here, and it’s especially impressive after seeing his comic turn in Woody Allen’s Match Point. And Jeff Daniels rounds out the cast with a really solid performance as a blind dude. Highly enjoyable shit.

This little film from Norway so completely won me over with its charm… evidence that humor crosses all language barriers. It’s the story of two young friends, both with literary aspirations, and the journey their lives take over the course of their successes and failures. Beautifully shot all over Norway, the film exudes a reserved tone that is decidedly Scandinavian. But it’s full of wit and heartache. A little ha-ha, a little heartstrings…

This Danish film was recommended to me some years ago, by a colleague. It’s his favorite movie, and it’s awesome. A neo-nazi is sentenced to community service at a church where he encounters a blindly hopeful and unwaveringly devoted priest (who is brilliantly played by Mads Mikkelsen, the creepy villain in Casino Royale). Needless to say, the two don’t exactly hit it off. Their interactions evoke discomfort, nervousness and laughter, at different times and all at once. The story itself has a kind of fable quality, but the film is wonderfully cohesive and wholly satisfying. Check it out.

There’s something about this movie that I really love. It breathes without getting boring. It’s gorgeously shot, but without the obvious intention of distracting you. I’m not totally wild about Evan Rachel Wood, in general, but she’s actually quite good in this film. I was really rooting for the love story, which I rarely do, cause it’s never done well. David Morse (who just doesn’t work as much as he should) is great, and a formidable presence on screen, which is necessary when you’re playing against someone like Edward Norton… who, incidentally, reminds us why everybody lost their minds over him after Primal Fear.

So you may not have missed this one. Or maybe you missed it on purpose. Because I totally wrote it off, initially (shame on me). But it’s actually good. It’s tight and suspenseful, perfectly paced and the misleads are done really well. Again, David Morse, being awesome. The voyeurism thing is different enough from Rear Window that it doesn’t feel like a rip-off. And Shia LaBeouf (I still can’t decide if he’s charming or insufferable) hits all the necessary emotive notes. It’s just solid.

No, it’s not gonna blow your mind. But watching Tony Hopkins and Ryan Gosling might. They’re SO good together. The story almost gets in the way of seeing these two play off one another. Gosling is one of my favorites right now. He has been since The Believer (which he’s fantastic in and I highly recommend it). And he more than holds his own in his scenes with Hopkins, who is just so quietly brilliant. And Gosling avoids the amateur mistake of trying to fill the silence simply because it’s there. He lets it service the scene, listening and reacting with subtlety. Aces, all around.

This movie’s a trip. The language is CUH-RAZY, but really intriguing. It’s a modern-day film noir. But it’s not an update… not in a tweeny way, at least. There are elements of classic noir that are well enough established, so that the audience is at least subliminally aware of the story parameters. It’s kind of like when you read Shakespeare, and you don’t totally understand all the words, but you somehow still manage to piece together what’s happening…? In any case, it’s quite a ride.

Perverse, exhausting, unrelenting. There’s a confrontational element within the film that intentionally stirs up a fair amount of dissonance. The film is both amusing and horrifying, and the integral relationship between exhibition and audience is definitely a major component. But your mind totally tweaks out as you watch. Like, why am I watching this? Why can’t I stop watching it? Is it because I like it? Why do I like it? I am a sick, sick person. But it’s awful! I see that it’s awful! Why are they doing this? And why are people dressed in white so terrifying? This is so tiring… but I have to see the end! It’s KIND of fascinating.

The Assassination of Jesse James by the Coward Robert Ford (2007)

This film is great and beautifully shot. I think Brad actually shines when people don’t shove words into his mouth. He understands his strengths and when the camera rests on his face, he completely owns the frame. An eye twitch here, a squint there… it’s subtle, but he really knows how to work the close-up. Casey Affleck shows us once again that he’s the brother with the acting chops. And the pivotal moment that gives this film its title is really well done. 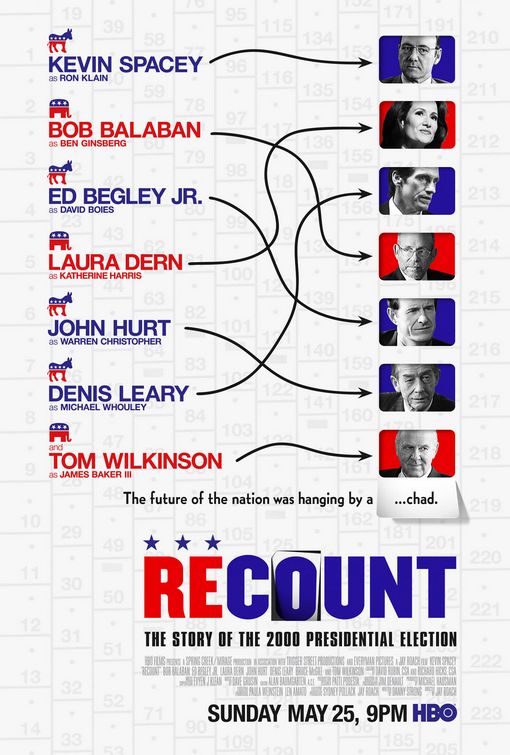 It’s not TV, it’s HBO! If you weren’t able to see this –or maybe you wrote it off because you couldn’t bear to see Kevin Spacey be underwhelming again– you should see it now. It might feel like beating a dead horse, especially now that we have Obama up in that White House, but this little film has its own style. It’s pretty well researched (and written by Danny Strong, Jonathan from Buffy!!!!) and the reveal of what actually went down will kind of blow your mind. It’s tight and focused and appropriately suspenseful, even though you know how it ends. Dig it.

3 thoughts on “10 Recent (Sorta) Films You May Have Missed…”