Keanu Reeves: enigmatic, charismatic, a guilty pleasure. He was born in Lebanon on September 2nd 1964 to Patricia Bond, a costume designer and performer. Reeves began acting when he was 9, making his screen acting debut in an episode of “Hangin’ In”, and eventually landing his first major studio role in “Youngblood”. But he truly entered the mainstream in 1989 with a powerhouse performance in “Bill & Ted’s Excellent Adventure”. From there his stardom grew with roles in Point Break, Bram Stoker’s Dracula, Speed, and dozens more. His parts in sci-fi and comedy films have cemented him as a pop icon, and while there are more than ten great Keanu films, here are my top ten.

Two researchers in a green alternative energy project are put on the run when they are framed for murder and treason.

A young cop must save the passengers of a bus that has a bomb set to explode if the bus goes below 50 MPH.

A hotshot lawyer gets more than he bargained for when he learns his new boss is Lucifer himself. 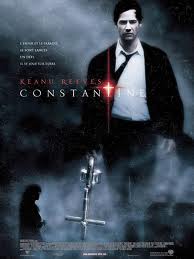 Tells the story of irreverent supernatural detective John Constantine, who has literally been to hell and back. Keanu Reeves plays Constantine: a chain-smoking, depressed demon-hunter who lives above a bowling alley. 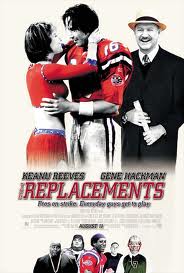 During a pro football strike, the owners hire substitute players. Keanu Reeves plays Shane Falco, a washed up All American footballer. A League strike suddenly brings him back into the game, and allows him to fulfill the promise of his young all-star career.

A data courier, carrying a data package literally inside his head too large to hold for long, must deliver it before he dies from it. From the moment Johnny gets implanted with over 160 Gigabytes of information straight into his head (way too much for any human!) everything goes from 100% perfect to 111% overdrive. A nice supporting cast of favorites like Dolph Lundgren, Henry Rollins, Ice-T, and Dina Meyer round the picture out. 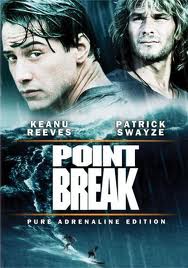 An FBI agent goes undercover to catch a gang of bank robbers who may be surfers. It’s just the best action film ever made ~ that’s all ladies and gentlemen. You’ve got ex-president bank robbers, surfing, skydiving, Reeves, Swayze, and classic Busey. Could you ask for anything more?

A computer hacker learns from mysterious rebels about the true nature of his reality and his role in the war against the controllers of it. Keanu plays Neo: An average computer programmer that is secretly a hacker. One of the very best Sci-fi movies ever made, and definitely one of the most quotable Keanu pictures.

Two seemingly dumb teens struggle to prepare a historical presentation with the help of a time machine. Keanu is Ted Theodore Logan, one of two band members in “Wyld Stallyns”, a musical group that will become the foundation for a Utopian society.