Yes, it’s true! It’s official. Apparently, this is the only time this century that the calendar will yield so serendipitously to the nostalgic urgency of the 90s.

And, rightly so, the community of Beverly Hills is freaking the f**k out.

Celebrations have been organized in places such as the Paley Center for Media in Los Angeles, which will screen old episodes. The town of Beverly Hills, itself, is throwing a party hosted by Larry King.

Sports and pop culture writer Bill Simmons, known as “the Sportsguy” on ESPN.com where he writes, is hosting a podcast devoted to “Beverly Hills, 90210.” Last week in his podcast, “The B.S. Report,” Simmons announced that he will hold a special Thursday and give out “90210 Awards” such as “biggest plot stretch ever.”

For those unfortunate few (or many; I think we’re a very concentrated bunch) who are scratching your heads, don’t fret. Unless you lived it, you really can’t fully grasp the generational impact of this gloriously absurd melodrama. Though the show eventually devolved into a glitzy, sparkly hot mess, the ‘High School Years’ will always serve as the paradigm for the ultimate prime-time soap opera.

They go up AND down.

She was deeply unstable and she totally DRUGGED Brandon… HARD. But I felt for her. Because breaking up is hard to do.

“This is Dylan, you know the drill…”

Oh, Writers! How magically you captured the essence of Dylan’s brooding uber-coolness into one single perfect soundbite! 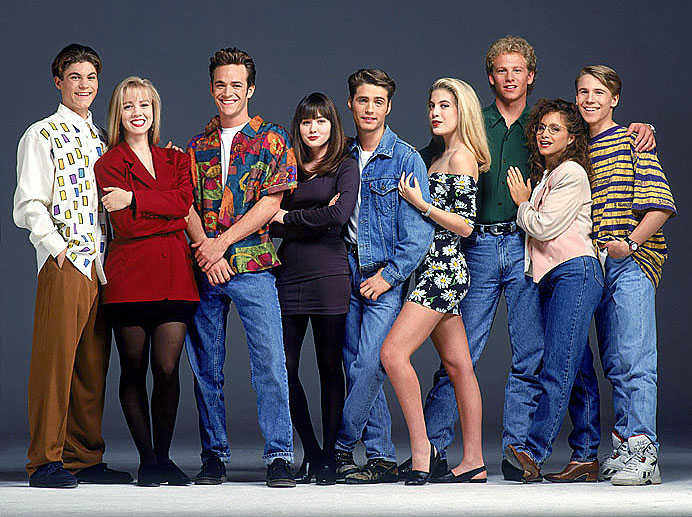 I mean… just take it IN, people.

Dream on. Dream away. DREAM IT!


So messed UP, right?? Personally, I was Team Brenda.

This episode is like that episode of Saved by the Bell where Jessie gets hooked on caffeine pills. Timeless. Rousing. Unforgettable.