Through all of recorded history, mankind has dreamed of larger wangs. From the well-endowed seven-day-sexaholic Enkidu in our first recorded story Gilgamesh, to the hundreds of characters brought to life by legendary thespian Ron Jeremy, society is obsessed with writing about dudes with larger and larger junk. Meekly-endowed men are portrayed as hapless schmoes who buy expensive cars and putt around golf courses drowning in deeper neuroses, while their large-and-in-charge counterparts live easy, heroes with their Jack Johnsons wagging proudly in the wind. Fiction and cock are forever entangled, and forever shall be.

Clearly, no one cares about the largest real-life penises (and I wasn’t about to dig around Google Images researching actual existing phalli). There’s not that much difference in the size of most guys’ Gnarls Barkley (right? right?!), and who’s really interested in that top ten list? Besides, it’s a moot point, as Christopher Rios (aka Big Pun) revealed in his hit song Still Not a Player, that “you couldn’t measure my dick with six rulers” thereby announcing his irrefutable claim as emperor of endowment for all of time. When the Guinness Book announces the first 74+ inch meat popsicle, then we might have a new contender.

So we’re left with an important question that has largely gone unanswered through the ages. What are the biggest dongs in fiction?

After poring over all manner of fictional texts, I’ve discovered what I believe to be the ten largest pork swords ever mentally whittled by mankind. So as not to offend (or burn) I’m leaving out any fictional giants at all related to religion or even mythology. (Nothing worse than pissing off the Ancient Greeks.)

Marvel Comics has never answered the question implicit in Bruce Banner’s nightmarish transmogrification: does sexual stimulation cause Bruce to Hulk out? Because the implications are too terrifying to even consider. Of course, if you found out your boyfriend turned into the Hulk when he got irritated, how intimate would you ever really get with him again? Knowing his teeny peeny could go all Doc Savage at any moment, I have to imagine Betty Ross invested in one of those old school chastity belts. And probably threw away the key.

Fifty feet tall, seventy feet long and 130 tons of pure D&D carnage, the Tarrasque is the monster to end all monsters – and a dungeon master’s favorite way to kill off a party of assholes. Of course, with dimensions like that, one can only imagine the girth of this gargantuan elemental beast’s beast. It bears saying that only one Tarrasque exists in the world of D&D, and in the words of a lonely George Bluth Sr. – “Papa horny.” Sure Wikipedia says that they “exist only to eat, kill and destroy” – but as fictional as D&D gets, the Tarrasque is still flesh(ish) and blood. And that must be one starving, colossal purple-headed warrior wandering around seeking redonkulously voluptuous maidens.

Can anyone doubt Smaug the Magnificent? Imagine this scenario. Some guy knocks on your door and tells you to get the hell out of your house. You put up a fight and he proceeds to kill you. Then he takes all your stuff, tosses it onto your bed, and decides he’s going sleep on it for the rest of his life. He then does exactly that, nonchalantly killing off anyone who dares defy him. Oh, and he embeds some of your belongings into his chest to create makeshift body armor.

I don’t know, that sounds like the very definition of a guy with a gigungous spawn hammer to me. Hell, we don’t even know for sure that Smaug really had a *tail*. Just saying. 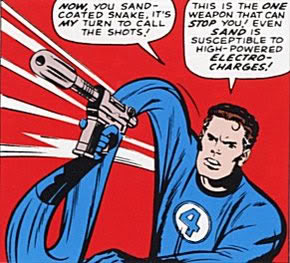 Reed Richards was hard to place on this list because I was necessarily vague about what “biggest” entailed. Because if we’re talking longest, Mr.Fantastic definitely belongs much higher on the list. But because of Marvel’s Puritanical bent, we don’t really know the stretchy properties of Mr.Richards’ fantastic reed… some research into the Marvel Universe tells us that, “He can stretch his limbs, neck and torso to incredible lengths, though extending himself beyond approximately 1500 feet is a serious physical strain.”

Whoah whoah whoah – 1500 feet is more than enough. But are we talking 1500 feet long and a couple of inches round? Could it be that Stan Lee knew exactly what he was doing when he named the guy Reed?

We all know that Melville’s Great American Novel is about a psychotic captain with epic penis envy. In doubt? Here’s a line from the book:

He piled upon the whale’s white hump the sum of all the general rage and hate felt by his whole race from Adam down; and then, as if his chest had been a mortar, he burst his hot heart’s shell upon it.

“Hot heart’s shell” eh? Mm-hmm. Well, our sea-dwelling mammalian companions do have the largest penises in the real world, coming in at about eight feet in length. (Take note- just a smidge larger than Big Pun.) So Moby’s dick has definitely become the stuff of legends. 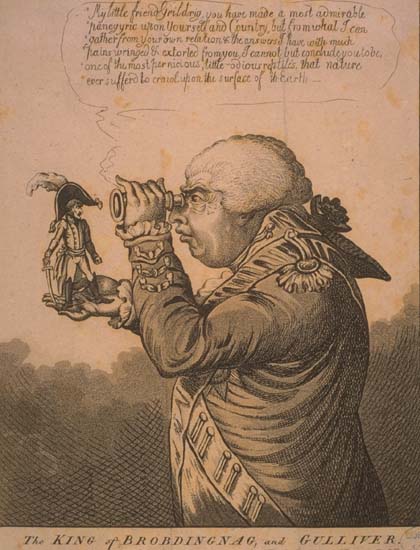 The giants from Gulliver’s travels measured sixty feet in length. This alone warrants their inclusion on the list, but somehow the fact that their wang chungs are probably exactly the size of Gulliver makes it even more badass. A human-sized spam javelin. It boggles the mind.

Voltron above Smaug and the Tarrasque? Well, let’s not forget that the whole is greater than the sum of its parts. And when the ‘parts’ we’re referring to are five titanic robotic lions with towering cybernetic baloney ponies, we can only imagine the schwanze they come together to unleash on the world.

Also, let’s not forget the whole “the cooler your car the smaller your pickle” adage. Because one can’t imagine a more awesome mode of transport- or a smaller forest of peckers than the ones the Voltron pilots must have. Look at these guys! Sven? Pidge? Lance? These names scream tiny. Which means their robotic ‘other halves’ must have made up the difference, and then some.

I’m not sure what else needs to be said about Gojira, except that I’m pretty sure it’s the japanese word for “titanic trouser trout”. At 300 ft and with radiation coursing through his veins, it’s hard to even begin to comprehend the size of his reptilian moisture missle. Add to that Godzilla’s origins as an emblem of Japanese anxiety at atomic weaponry, and we have a powerful package. Gojira drops trou like Hiroshima and Nagasaki. Make sure you’re not in his way.

Homeboy eats worlds. Besides the fact that he feasts on planets, lets take a peek at his powers:

Galactus possesses cosmic power beyond most forms of measurement (The Power Cosmic). He can levitate; restructure molecules; convert matter into energy and vice-versa; project energy with enormous concussive force; teleport himself, others, and objects across space, dimensions, and time; erect virtually impenetrable fields; restore others from any injury, even total disintegration; and endow or enhance powers within others.

What about this description doesn’t scream huge cock? This guy’s Silver Smurfer can change shape, size, hop around in space, become pure energy, project ‘energy’ with concussive force… and ‘endow powers within others’.

The only question is, if this guy’s number two, who could possibly be number one? 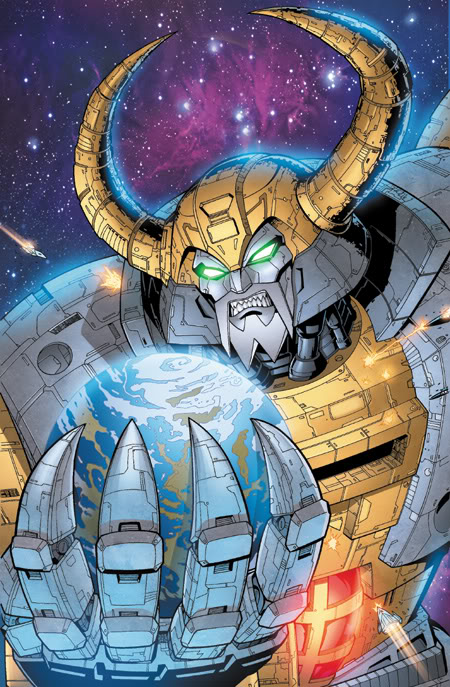 The one and only Unicron. I hear you already – another devourer of worlds, what gives him a larger Charles-In-Charge than Galactus?

Let’s not forget that:

1. This dude is voiced by Orson Welles. And was the last performance of Mr. Citizen Kane.
2. Megatron (aka King Phallus) is this dude’s bitch. And Megatron transforms into a gun.
3. Dude’s a PLANET.
4. Dude gets named dropped in the first verse of Wu-Tang’s seminal album Forever.

Clearly The RZA, Orson Welles and Megatron understand the magnamity of this cybernetic planet’s Marcus Aurelius. This guy probably fornicates with The Grand Canyon.

And so we end our list of prodigious penises. Clearly I missed a lot of longjohn leviathans, and you probably want to tell me who they belong to. So let’s hear it.

About the author Chivo