Here’s a little taste of what may (or may not) end up on what is fast becoming an unintentionally ambitious (and perhaps unnecessarily long) Top Ten Films of the Decade list. These lists are incredibly exhausting to think through, but I know they’re super fun to read. So rest assured… there will be genres… and an accompanying screen performance list (you get 20 of those). And I will attempt to provide the years for all titles mentioned (even if they’re mentioned unfavorably), beginning with this post. I hope you’re all very excited. Okay, let’s get to it. My Top Ten Directors of the Decade. Enjoy!

Raimi came out the gate this year like a seasoned gunslinger with Drag Me To Hell (2009), whipping out one of the sharpest, funniest, goriest, most enjoyable horror comedies EVER. And he holstered that shit without wasting a single bullet. It’s one of the tightest things I’ve ever seen. And oh yeah, Spiderman (1-2002, 2-2004, 3- 2007). Can’t really ignore that. Except for 3… can we ignore 3? I’m going to anyway. Never happened.

Guillermo’s films have the BEST monsters. And many of them are human. ‘Tis why I LOVE. Del Toro is a brilliant filmmaker… who just happens to excel in horror, creating lingering imagery that exposes the terror of living in the real world. If you haven’t seen The Devil’s Backbone (2001), do so in a hurry. And those of you who missed Pan’s Labyrinth (2006) win my movie-life-fail-of-the-decade award. 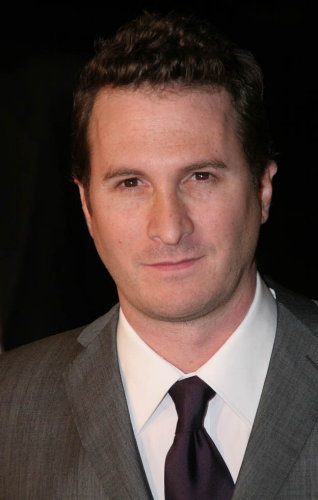 He only made three films this decade, but he’s on the list because he resurrected Mickey Rourke. I mean, I could just end this blurb with that. But Darren deserves a bit more. The Wrestler (2008) is probably his most straightforward narrative, but like a pro, he wisely adjusted his style for story; the mark of a true filmmaker. The footage is rough and appropriately unlovely, which only helps us feel the inescapable tragedy that links itself to the life of the aging performer. And scoring Randy’s deli-counter entrance to the rumbling chants of wrestling fans was a stroke of genius.

Whoever said directing is a young man’s game owes Mr. Eastwood a serious apology… and perhaps a stretch of indentured servitude as a personal ball washer*. Clint knows how to make a movie. A real movie, complete with conflict, characters, subtext, symbolism, turning points, low points… all with narrative integrity and proper pacing. His last two films (Gran Torino – 2008, The Changeling – 2008) feel only slightly less inspired, but considering the plethora of exceptional work he’s completed this decade, I’d imagine the man is a little bit exhausted. And he’s allowed. Gran Torino still kicks the crap out of Southland Tales (2006).

The Hurt Locker (2009) is absolutely one of the best films of the year and one of my favorites this decade. And long before the hysteria of Twilight (2008), Bigelow helmed a much darker, grittier vampire obsession film called Near Dark (1987). It’s set in the 80s, and the vamp is a chick, but its aesthetic is much more interesting and a lot less PG-13-obnoxious. Oh, and she directed Point Break (1991). That is all.

Maybe you didn’t love everything they did this decade, but perhaps that’s because the Coens do everything. Genre shape-shifters, if you will; always full of surprises. And they were kind enough to give us not one, but TWO masterpieces to enjoy for the rest of our lives: O Brother, Where Art Thou (2000) and No Country For Old Men (2007), the latter of which was a notable stylistic left turn and executed impeccably. And let’s be honest. The Coen Brothers will basically make any list ever made from here to eternity because they gave us The Big LebowskI (1998).

Sometimes I feel like no one but David Fincher should be allowed to attempt special effects, a dexterity he acquired over at Industrial Light & Magic (that’s George Lucas Land for those of you out of the loop). But his genius is not confined to his technical prowess. He is a rare breed of filmmaker; a master of visual wizardry with the restraint of an age-wise storyteller. As the go-to guy for serial killer films (Se7en (1995) is and will forever remain in my personal Top Ten), Fincher turned the concept on its head with Zodiac (2007), creating genuine terror from the perils of obsession. His next project, The Curious Case of Benjamin Button (2008), was an adaptation of F. Scott Fitzgerald’s story about a man who ages in reverse, a film whose appeal stretched beyond his core audience, but was no less outstanding. If I were a conspiracy theorist, I’d posit that Fincher actually funnels his essence into the computer graphic data… and if you play his films backwards, you can hear the meaning of life.

If this was People Magazine, QT would be the George Clooney of PopTen. Inspired, massively gifted, artistically obsessed and probably about 14% loony tunes… and that’s how I like him! Never mind that Kill Bill (Vol. 1-2003, Vol. 2-2004) is a monster of an epic, with highs and lows that beat the crap out of your emotions, or that Death Proof (2007) was basically a reward for patiently sitting through Robert Rodriguez’s Planet Terror (2007) (not that it’s bad— it’s just not… Death Proof). But this year, QT rolled out Inglourious Basterds (2009), a highly imaginative, explosive and horrifying Nazi-killing romp that had me saying ‘killin’ Naht-sees!’ in my head for weeks. 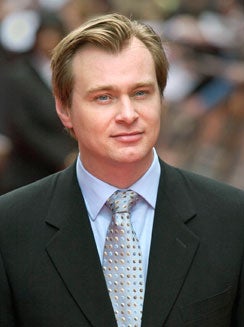 Nolan broke out at the start of this decade with Memento (2000), his twisty time-pretzel of a film that totally rocked our world. The last half of the decade, he proved it wasn’t a fluke… three times in a row: Batman Begins (2005), The Prestige (2006), and The Dark Knight (2008). Nolan spins darkness into fierce and haunting tales that belie any assumptions about a safe and harmonious world. And the serendipitous actor/director pairing of Nolan and Christian Bale may be one of my favorites… ever.

Who doesn’t love a comeback??

Woody got a little weird on us for a stretch, but stormed back with a vengeance when he went Brit with Match Point (2005) and Cassandra’s Dream (2007), crafting wonderfully humorous and tension filled scenes that leave you a little appalled at your own lack of moral indignation. Then came Vicky Cristina Barcelona (2008), a poignantly amusing adventure in the lives of three wildly different and beautifully imperfect women… and one criminally charming man. It is a film I shall love with fervor for the rest of my life. 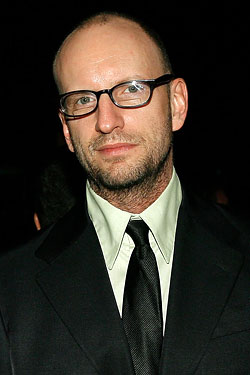 Here’s the thing. Steven’s legit. He knows what he’s doing. He makes movies to please himself, and if along the way, he pleases an audience, I’m sure he doesn’t hate that. Basically, nothing he does (or doesn’t do) could ever cost him my loyalty. Oh, and his DVD commentary for Ocean’s 11 (2001) is probably the equivalent of two years of film school. Listen and learn.

I almost made Woody share # 1… that’s how much I love Scorsese.

This was not easy, I want you to know that Marty. You didn’t get weird like Woody… you just got a little… huge? You gave us Daniel Day Lewis back with Gangs of New York (2002) so kudos to you for casting. The Aviator (2004) was a massive undertaking and a perfectly solid and respectable film. But you brought it back BIG TIME with The Departed (2006). I love, love, LOVE. Really. I almost cried when you won your Oscar. Not kidding.

2 thoughts on “Top Ten of the Decade: All-Star Directors”